We are a continuation of the Syrian Communist Party which was founded in 1924. The party joined the Communist International (Comintern) in 1928.

Secretary General of the party Khalid Bakdash entered parliament in the elections of 1954. There was a struggle in the party against the Secretary-General’s control over the party and its individual leadership. In the third conference of the party,1969, the party’s secretary-general controlling was put to an end by electing a new central committee.

The party went on to form a political program for the party, which emphasized the party’s independence from Moscow, with emphasizing the independence of the party from Moscow, and that Marxism is not a ready recipe, but an intellectual-political method of analysis of a specific place and time. Khalid Bakdash stood with the Soviets. The majority of the Party leadership stood in the Central Committee and the Political Bureau against the Soviet direction of Bakdash.

On April 3, 1972, the party split into two parties: a pro-Soviet communist party allied to the existing authority, and another communist party, Syrian Communist Party – Political Bureau.

In 1978 we introduced a democratic program calling for a radical change in the structure of the existing Syrian authority. Between 1980 and 1990, the party was exposed to waves of arrests that affected hundreds of its leaders, cadres and members.

In 2005 our party was exposed to a two-way split

2. Liberal trend betting on the American project for change in the Middle East that began with the US occupation of Iraq. Advocates of this trend followed the establishment of (the People’s Democratic Party) in 2005.

The People’s Democratic Party (PDP) allied with the Muslim Brotherhood through “Syrian National Council” (SNC) in 2011 and “National Coalition” in 2012, and supported the armed opposition.

While our party Syrian Communist Party (Political Bureau) went on to establish the “National Coordinating Body” (NCB) in 2011 with many other left-wing parties with an Arab nationalist and Kurdish orientation. The (NCB) called for a political settlement based on the Geneva communique 2012 and rejection of opposition violence, weapons and Islamization.

Summary of our political program

You can read it as a pdf. file⇒

We are a political party that adopt Marxism as method of analysis and its application to a particular place and time to create a political vision and produce a political-economic-social program for a specific period. We are a communist party in politics and organization. We distance ourselves with many concepts and practices done by many communists.

We are seeking openness to the local community in order to adapt Marxism, as method and a thought, with Arabism and Islam, which consist the basic component of the civilized and cultural identity of the Arab nation, which is a multicultural society.

We work on four lines:

We believe that the current Syrian phase is of a national, democratic and modernisation character, which is a bourgeois phase of a capitalist nature in a social, economic, legal and constitutional sense. And we will work to maintain a unified Syria and struggle to get out of the domination of the foreign powers in the internal affairs.

And considering the Syrian current situation under the foreign occupations , we believe that the priority should be given to the national cause of preserve a unified Syria and lift Syria of its crisis, and then, and after attaining full sovereignty,

The next objective would be to engage in a national struggle against the hegemony of the foreign and Imperialist powers. The concept of (The National Democratic stage) that we referred to is based on the “Communist Manifesto,” concept in which the states ,that are in a pre-capitalist stage, socialism cannot be achieved before all stages of capitalism are exhausted.

The current world situation is shaped by the disintegration and the fall of the Soviet Union, and USA’s transition into a single pole in the world.

And what we see from the emergence of influence of Russia and other major powers in some regions of the world, including Syria, is awakening and  an attempt to get out of their vulnerability and to challenge the single pole power, and the BRICS’s attempt back in 2009 was the greatest attempt to challenge unipolarity in the search for a multipolar world, but all indications are that the BRICS is destined to failure.

Obama and later Trump sees in China the real threat to USA, especially in economy. China’s ranking is the second in the ranking of the world economy after USA. While the later is trying to get closer to Russia, India and Japan to encircle China.

The United States is superior and dominant in the world educationally, technologically, socially and culturally, and this determines many regional and domestic developments in more than one country in the world.

The left-wing attempt in Latin America was only to disengage their subordination from Washington. After two decades from the Venezuelan experience with Chavez and the Brazilian one, they showed to be unsuccessful.

We do not think that the world situation tends to be multipolar in the short and medium term, but we see in American imperialism a need to create a national program in each country to resist this hegemony, to struggle to take its independence and to disengage their economic, political and cultural subordination. This is the task of the Marxist leftists in every country, beside seeking local, regional and international alliance.

Once the Arab and regional states began to gain their “political independence” after the Second World War and to get out from the British and the French domination, quickly filled American intervention the vacuum of these traditional colonial powers, through Eisenhower Doctrine, to confront the Soviet Union and Gamal Abdel Nasser in Egypt and to ally itself with Saudi Arabia.

USA succeeded in keeping Egypt out of the Soviet Union after the Camp David Accords with Israel, in order to take over the rest of the Arabs. It destroyed Iraq, and ended the Syrian regional role after 2011.

The vacuum of the Arab power led to the rise of neighboring regional powers like Iran, Turkey and Ethiopia, and extended to the manipulation of Arab internal affairs through religious sects.

We see that the projects that are presented to the whole region are based on the model of the quota system in Lebanon, which gives the foreign powers more room for control and manipulation of the Arab interior affairs by states based on citizen democracy rather than the “democracy of quotas”.

This confirms that the Arabs needs a struggle for independence and the abolition of the rule of embassies, and the implementation of democratic, social economic and modernisation tasks along with nationalism. And that alliances between the “independence” parties must be based on their position from the foreign powers.

To carry out democratic, economic and social tasks, along with other national missions. and to strictly reiterate that any alliances between “independent” parties must always be based primarily on their position on foreign and Imperialist powers interventions.

The explosion of the Syrian crisis was an expression of the explosion of Syria’s political-economic-social-cultural structure, which has been building up since the Baath Party took power on March 8, 1963. The “Arab Spring” wind contributed to the crisis.

We do not see that what happened was a revolution, but a broad social opposition movement, that did not represent a majority of the society, and the Syrians were divided into three sections of the pro-regime, opposition and hesitant or neutral, and this situation has continued so far. These three sections were cross-sects and religions, though most of the non-sunni muslim were pro-regime as well as Christians, while the Sunnis were divided on socio-economic-cultural-political grounds among these three.

This showed a more cohesive Syrian structure than neighboring countries that had undergone many pre-sectarian and ethnic explosions in Lebanon, Turkey and Iraq.

The Syrian Kurds were in a middle position between the pro-regime and the opposition, both partisan and social, and were closer to exploiting the weakness of power in the north and north-east to implement geopolitical and self-governing projects took the form of self-management and federalism.

The Syrian opposition represented by “National Coalition for Syrian Revolutionary and Opposition Forces” was weak in organization and was unable to turn the political facts into a political vision and program, and they were politically late and did not score any political goal.

The National Coordinating Body for Democratic Change (we are one of its founders) was the first to present a settlement agreement since the Halabon Conference on September 17, 2011. The NCB suffered from many political attacks, denunciations and accusations from many opponents who wanted to overthrow the regime with violence and by the foreign powers.

The Syrian opposition was deeply wounded by oppression and imprisonment, and was unable to lead the mass spontaneous movements and offer a program for them.

The crisis has clearly showed the tendency to use the foreign powers to resolve internal conflict, between the pro-regime and “National Coalition for Syrian Revolutionary and Opposition Forces”.

The Syrian regime and the opposition could not overcome each other, and could not find a settlement neither. This situation created a general Syrian crisis, exploited by regional and international powers, to turn into a local-regional-international crisis that requires a settlement at the same level.

Indicators show that the basis will be the Geneva 1 Statement of 2012 and international resolution 2254 of 2015.

USA and Russia are the strongest in the Syrian crisis from regional countries such as Turkey, Iran, Saudi Arabia and to some extent Qatar.

The solution of the Syrian crisis from the international and regional powers is coming to lead to the dominance of embassies such as the Russian, the American, the Saudi Arabian and the Iranian, but this will be accompanied by partisan democracy and political freedoms. Syria will not be free from internal disorders or troubles, but it will not return to violence. The sequence of power and expansion for the major political parties will be as follows:

Alliances and approaches will occur according to interests and positions of hegemony, democracy, social, economic, constitutional and administrative issues.

The Marxist leftists are still strong in Syria despite the fragmentation of the organization and the political controversy, making the Marxists divided between pro-regime and opposition since 1972.

It is likely that the Marxists will benefit most from the decline of the political Islam throughout the Arab region since the fall of the Muslim Brotherhood in Egypt in 2013. There are many signs that there is a new leftist wave in the Arab world, the features are clear in Syria, Egypt and Tunisia, and especially between the youth.

The existing class differences and modernisation issues in constitutions and legislative acts will be a powerful fuel driver for the Marxist cart.

There are tasks to Syrian Marxists such as: 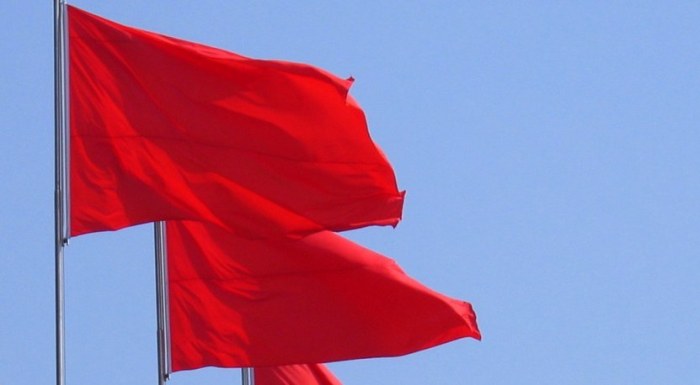